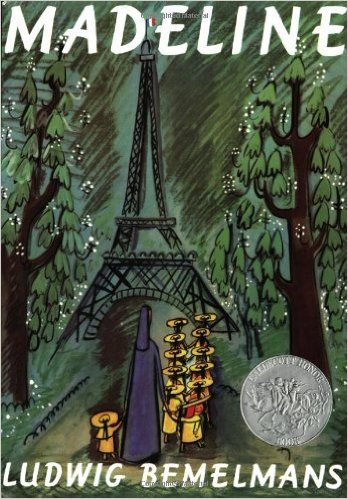 By the time I could walk, I was an epic troublemaker. I jumped, broke and tore my way through my young and uninhibited existence. Once, I even lead a group of neighborhood kids to a construction site and convinced them that it was a good idea to hurl our tiny bodies on to a huge pile of sand. Later, our mothers found us, like a flock of humming birds blindly ramming their tiny heads against a windowpane, but we were throwing our entire bodies into the dirt and calling it “fun.”

This is probably a parent’s worst nightmare and I would never ever condone such behavior from a child, but from what I remember, I had the time of my life! It was freeing to be fearless, exciting to do something out of the ordinary, and I felt brave. Did I mention I was a bit odd as a child? In my eyes, this was the kind of thing that my personal heroines like Pippi Longstocking or Eliose would do — wild, off beat and a little bit naughty.

Recently, while perusing the library, I rediscovered a little girl named Madeline who lived in an “old house in Paris that was covered in Vines.” Unlike Pippi, who had a boatload of cash and super human strength, or Eloise, who lived at the Plaza with her own servants as her parents had a boatload of cash, Madeline is more of an everyday heroine. No cash. No house. No servants. She lived by her wits and spunk.

Contrary to popular belief, Madeline was not an orphan. She lived at an all-girls boarding school. And while she was the smallest of the twelve children under Miss Clavel’s care, she was the star! She was fearless and feisty, with just enough haughtiness to make you love her even more. Madeline asserted her independence and bravery at every turn. From snow, ice or mice, she was game. Even the tigers at the zoo to whom she said “pooh pooh” couldn’t shake this tiny heart.

So when poor little Madeline gets a pain in her stomach and goes to the hospital, where she has her appendix out, she doesn’t cry “oh woe as me.” I believe — although it is not in the book per se — she manned up. And then she coerced her Papa to buy her a dollhouse for being brave. When the other little girls came to see her, Madeline greeted them in bed surrounded by flowers and candy, like a real celebrity. Her show stopper? Of course it was her scar!

The first Madeline book was published in 1939, but it couldn’t be more current and relevant today. Her story should inspire every little girl, but it’s getting harder to do so. At every corner, something (magazines, social media, bullies, and peers) can bring doubt and pessimism. I describe Madeline as the cutest, littlest feminist in the best possible way, as she is self assured, bright and unwavering in her belief in herself. Isn’t that what we want for all our girls?

And now, as we edge a little closer to 2016, my wish for little girls everywhere is to find their inner Madeline and make the upcoming year the most fearless and spunkiest ever!

Shine’s “What Pet Should I Get?” Book ReviewA Plucky Snowplow Becomes the Rocky of Trucking
Scroll to top