The East End’s Best Places To Light a Menorah

Home | The East End’s Best Places To Light a Menorah 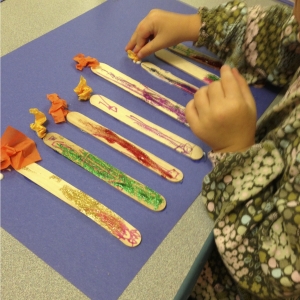 While menorah lighting is a Jewish winter tradition, it’s perfectly okay for all to celebrate. As Rabbi David Zaslow put it:

“Hanukkah is less of a religious holiday and more of a celebration of religious liberty. It celebrates the defeat of an empire to squelch the religious freedom of a minority group, but the people of Judea banded together, whether they were religious or not, and defeated the Syrio-Greeks. So, yes, it’s totally wonderful that a non-Jewish person might want to celebrate the lighting of the menorah and placing it in their window… as a sign of the solidarity with the Jewish people.”

Why We Light the Menorah

The first mention of a menorah can be found in the biblical book of Exodus (25:31-40). According to the text, God revealed the lamp’s design to Moses on Mount Sinai: a candlestick forged out of a single piece of gold, with three branches on each side representing “the tree of life,” and a central shaft cup somewhat elevated to signify the Sabbath. Forged by craftsman Bezalel and placed in the Tabernacle, the first menorah became a symbol of God’s seven days of creation as well as the seven branches of human knowledge.

To understand the modern-day tradition, you have to dig back some 2,100 years ago when the Land of Israel was under repressive rule by Syrian-Greek emperor Antiochus who defiled the Holy Temple of Jerusalem with Greek idols and decreed that the Jewish people must worship Hellenistic gods. Studying the Torah and observing its commands was strictly forbidden.

Though vastly outnumbered, the Maccabees—a small band of Jewish warriors—drove the mighty Greek armies out of the land. When they reclaimed the Holy Temple, they wished to light the candelabrum (menorah) only to find the Greeks had contaminated the oil, save for one cruse—enough to last one night.

Miraculously, that one-day supply of oil lasted eight days and nights, and the holiday of Hanukkah was established to commemorate. On each of the eight nights, a new candle or oil cup is lit.

Where To Partake in Menorah Lighting in NY’s East End

What: Celebrate with the Beaches Jewish Community and the City of Long Beach in Kennedy Plaza. In addition to the Menorah lighting, there will be hot potato latkes, jelly donuts, coffee, and the Great Chocolate Gelt Drop.

What: Rabbi Krivisky hosts in the Milleridge Inn at 585 North Broadway in Jericho. Jelly donuts and driedels will be served. Entertainment includes fire eaters and ice sculptures.

How To Light the Menorah at Home

If you’d like to partake in the tradition at home, you can read about how to light a menorah in-depth here or follow these guidelines:

Come celebrate the holiday season at the Shine Studio. We welcome people of all faiths, cultures, and traditions. From culinary and music, to art and theatre—together, we let our beautiful light shine.

Ways To Keep Kids Jolly Over the Holiday Break

Structured vs. Unstructured Play: Which Is Better?
Scroll to top